Since my relocation to New Mexico in 2018, my tapestry work has reflected the colors, forms, and features of the high desert landscape --and also my restless pushing of the edges of the tapestry medium.  I am currently working in several series.  The first, in the gallery entitled Communiques, explores the intersection between mixed-media collage and tapestry.  I am increasingly interested in collage not only as a design strategy for traditional weft-faced weaving, but as a characteristic of the tapestries themselves, which may include diverse materials, textures, open warps and irregular edges.  Currently on the website are two pieces in this category, Rough Draft and Mixed Message, with more in the offing.  There are also two pieces, Red Letter Day and Red Letter Night,  inspired by my interest in illuminated manuscripts and based on my collages.

The gallery called New Mexico Skies and Fences is inspired by the landscape around my home near Santa Fe.   A series called Fences is based on my sketches of broken-down barbed wire fences in my neighborhood.  It is my contribution to current conversations around borders, fences, and walls.  Four pieces seen here, Gate, Falling, Bruised, and Barbed, comprise this series.  A suite of small wedge weave tapestries depicts the ever-changing, always beautiful New Mexico sky.  Crosswinds, Virga, and Snowrise are pieces in this series.

I have also started a practice inspired by Sheila Hicks, weaving small, improvisational "what-if" pieces called minimes (from the French for minimal).  These, such as Red Minime on the home page, are occasionally on view here.

Before the move to New Mexico, I developed work for a solo exhibit in Atlanta in February-March 2018.  The primary series for this exhibit is entitled My Real Name is Mary.  This series was inspired by a sixth-century icon of the Virgin Mary.   The unconventional beauty of the icon's face and steady, enigmatic gaze prompted me to investigate what the image of Mary means and has meant for women over the centuries.  Much of contemporary art is about issues of identity, and this series was about identity for me too.  My given name is Mary.  But in a larger sense I was, and am, concerned with how impossibly high standards of goodness, purity, beauty, and obedience attributed to Mary have influenced notions of ideal womanhood and ideal motherhood.  In my tapestries I tried to depict Mary in ways that acknowledge her depth, imagination, and courage.  Mary (Yes)  and Mater Dolorosa are the remaining pieces available for purchase in this series. 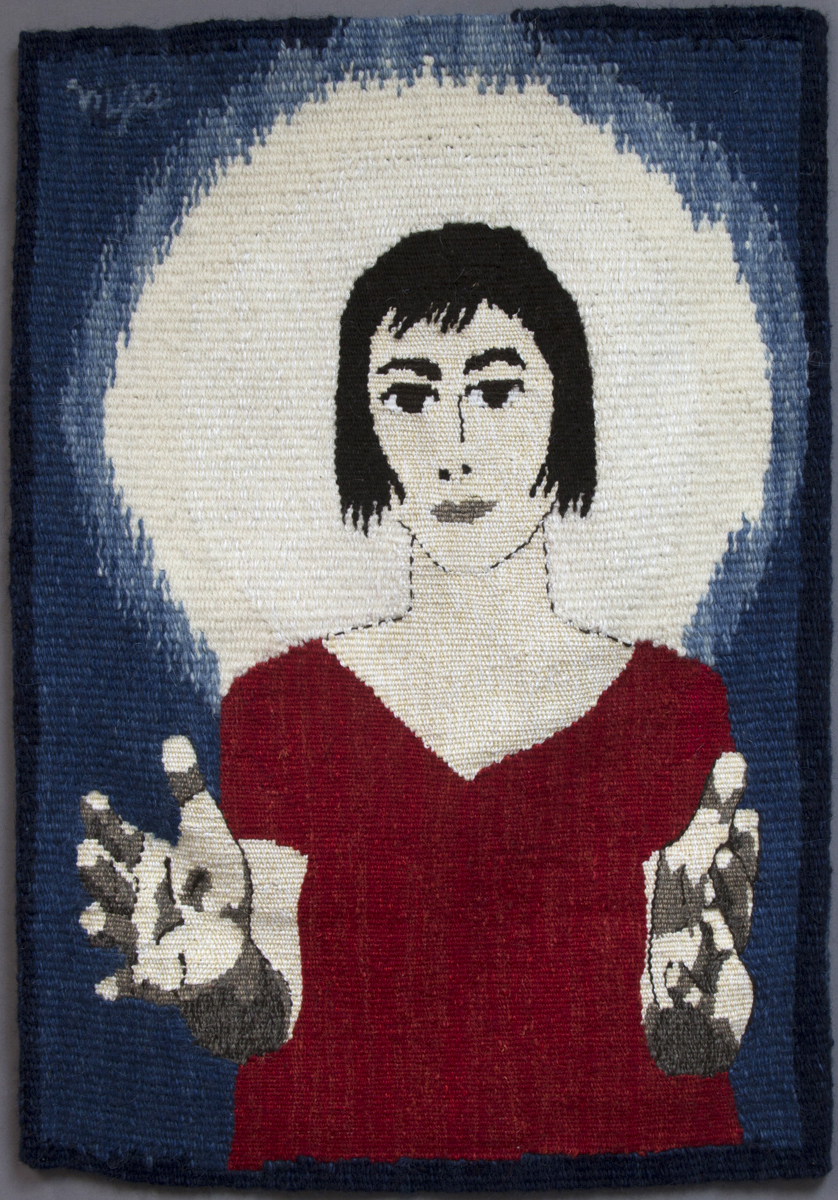